NBC: Throwing it Back

As you no doubt saw during tonight’s race (aka Watch Timmy Hill Get Lapped 25 Times) NBC is getting in on the action for the upcoming Darlington “Throwback” race, paying tribute to the 1970’s.  Here’s what you’ll see on the telecast to make it feel like The Me Decade:

—Race will be aired on your local NBC affiliate, but on tape delay, only showing the final 100 laps.

—Bringing back driver interviews during pit stops by reporters standing next to the cars.

—Safety crew to be replaced by four fat guys in bright yellow t-shirts.

—In the interest of political correctness, RUBBLE flags will be on display.

—Dale Jr. to get beat up pre-race for having a beard “like a damn hippie”.

—Austin Dillon to honor the 3 car’s performance in the 70’s by not coming close to winning.

—Commercials for classic tv shows like Supertrain and BJ & The Bear.

—Instead of Twitter, announcers to ask drivers questions yelled by drunk guy who broke into the press box.

—Well, it looks like Michael Waltrip Racing will be no more at the end of the season.  And while it sucks for the employees who’ll be losing their jobs, it’s as close to justice as we’ll get for their cheating, irritating shill of a boss.

—David Ragan is rumored to be replacing Sideways Sam at RPM, but Clint Bowyer’s future is much more up in the air.  Consensus seems to be that he could take a mid-level “stopgap” ride for a season until a bigger ride opens up.  Then again, I like to think that David Gilliland has been running for Front Row Motorsports “until a bigger ride opens up.”

—In two weeks we have a slew of teams running VERY cool throwback paint schemes at Darlington, but two teams are getting a head-start this weekend: Jeff Gordon, running the vintage “rainbow warriors” scheme, and Kyle Busch, running the Skittles car to promote Derrike Cope’s candidacy for the Nascar Hall of Fame.

—Next weekend is an off-weekend for the Cup series, which will put the focus on the Xfinity Series (at Road America) and the Truck Series (at whatever they call that place in Canada now).
Posted by Mike Mackler at 6:25 PM

Earlier I broke the news that Timmy Hill would be endorsing Crispy Hexagons.  But why let the Timster have all the fun?  Here’s cereals that each and every Cup driver can endorse!

Jamie McMurray: Alpha-Bits—great when you were younger, but now you forget they’re still around.

Austin Dillon: Pac-Man—just a well-known brand put on something mediocre.

Kevin Harvick: Rice Krispies—Snap(s off a great run), Crackle(s his car into the wall), Pop(s you in the mouth).

Kasey Kahne: Honey Smacks—pale imitation of the better one.

Trevor Bayne: Mr. T Cereal—popular way back when, now you can’t figure out why.

Alex Bowman: Coco Roos—all the driver at 50% of the cost, in a nondescript plain package.

Casey Mears: King Vitaman—still hanging on despite a lack of promotion.

Tony Stewart: Marshmallow-Blasted Froot Loops—a good idea at first, but starts to hurt you later on.

Clint Bowyer: Oops! All Berries—in honor of the most-honest answer Clint could’ve given after the Richmond debacle.

Kyle Busch: Quisp—only seems to be liked by weirdos.

Carl Edwards: Product 19—of course, unless they make a Subway cereal.

Joey Logano: Golden Crisp—although JGR showed that they could get enough of that Golden Crisp.

Jeff Gordon: Total—you hated it before, but now you want to see it survive.

David Gilliland: Marshmallow Mateys—you think you bought it once before.

Kyle Larson: Reese’s Puffs—seem good, but the execution is lacking.

Aric Almirola: Kashi—you can’t help but think that it would do better with a better company behind it.

AJ Allmendinger: Christmas Crunch—only good about once a year.

Continuing the celebration of Team Penske’s 25th year in Nascar, Brad Keselowski ran a throwback Miller Genuine Draft paint scheme at Michigan today.  To continue the tribute to longtime Penske driver Rusty Wallace, Keselowski has spent most of the entire weekend being an insufferable irritant to everyone he meets.
“I tell ya, this hot rod is flat out FLYIN with these cats today”, Keselowski told a reporter he’d hunted down during practice.  “We can probably get a few more horsepower out of this Ford engine, so I’m going to spend the next hour of so complaining to Nascar about Chevy.”
Wallace was Penske’s first full-time driver in Nascar, tallying numerous wins in both the MGD black-and-gold car and the white-and-blue Miller Lite car.  Keselowski says he plans to honor Wallace’s winning performance on-track and his obnoxious behavior off-track.
“You know, anybody can talk a big game, like me for instance”, Keselowski said while getting a barber to thin out his hair.  “But when it comes down to it, I tell ya, you just gotta go out there and put up or shut up.  So when my teammate comes over to ask about my set-up this weekend, it’ll be time to shut up.”
In addition to the retro paint scheme, Keselowski had some fun recreating some of Wallace’s famous feuds.
“We tried to get Ryan Newman to beat me on the track, then I’d spend the following week complaining that he’s supposed to help me”, Keselowski said.  “I also wanted to start a friendship with the driver of the 3 car, then have him wreck me, then throw a water bottle at him.”
Keselowski has said that, despite the lengths he’s going to—including whining about local airport amenities—his celebration of Penske’s 25th season won’t just end today.


“We’re trying to run a Miller High Life car later this year, so I’ll spend that weekend being pissed-off at Darrell Waltrip, just like Bobby Allison used to be, although these days, it’ll probably help me fit-in.”
Posted by Mike Mackler at 5:40 PM

—Nascar has thrown its teams, crews, and drivers into a state of shock, scrambling to react to the surprising news that no rules changes will be made for the Chase.

—Aric Almirola is a bit under-the-weather, so Matt Crafton is doing some practice runs in the 43 car.  And THOSE two are the kind of men who eat Armour Hot Dogs.

—Yeah, Jack Roush wants to run Chris Buescher in Cup, but he has no sponsor.  Saying that you’d like to run in Cup but you “just” need a sponsor is like ME saying that I’d like to date Anne Hathaway but I “just” need to be the least bit desirable.

—If you were a fan of NBS 24/7 then you’ll recognize the name Todd Braun.  He’s coming back with a developmental driver, running a handful of Truck Series races this year.  Just goes to show you that there’s always room for second chances when your daddy has money.
Posted by Mike Mackler at 8:34 PM 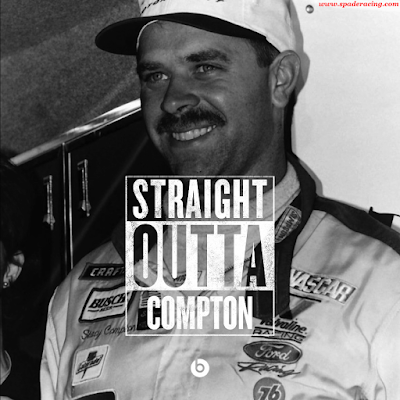 With Nascar’s stars in an all-out push to make the Chase (or win the Xfinity/Truck points championship), its no surprise that more than a few tempers have boiled over on the track.  Rather than settle it with their cars, here’s a chance to settle things in the ring! 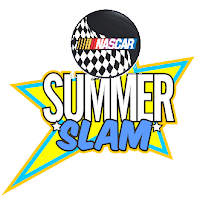 Ross Chastain vs. Ryan Reed (Watermelon on a pole match)

Jayski vs. The Spell Checker

The “News” and Notes at The Glen

—Keep an eye out for the 32 car this weekend, which is sporting a nice “throwback” paint scheme in the style of the old Penske AMC Matadors.  Of course, Boris Said is driving it, so keep an eye in the general vicinity of Greg Biffle.

—If you want to know what the “new normal” is in a more cost-conscious Nascar, David Ragan running for Michael Waltrip in 2016 is WISHFUL THINKING FOR HIM.

—Tomy Drissi will be running a “Straight Outta Compton” paint scheme in Saturday’s Xfinity race.  That’s not a joke.

—Erik Jones will be running Xfinity full-time in 2016, with a few Cup races possibly thrown-in with a satellite team or a JGR R&D car.  Is it what he wanted?  Well, see if he’ll answer questions about it—if so, then he’s happy.

—Nascar IS prepared for rain this weekend with Goodyear rain tires, but they might NOT be prepared for Bodines.
Posted by Mike Mackler at 5:19 PM

Take a look back at the fun home game that Elliott Sadler is now playing.

Why Did Kyle Busch Run Out of Fuel?

Kyle Busch appeared easily on his way to a fourth straight Cup Series win, only to run out of fuel on the final lap.  With all the focus on saving gas, how did this happen?

—No real desire to appear on Dan Patrick’s radio show

—Didn’t feel like reading “Nascar fixed it so Kyle would win!” posts online all week

—It’s the CRISPY edge, not the fuel-soaked edge

—Much better to blame the crew chief for not telling him ENOUGH to save than to thank people in victory lane
Posted by Mike Mackler at 5:17 PM