“We’ve hated Jeff Gordon since his second year in Cup”, a spokesman for the general group of Nascar fans said in an authorized statement, “but we’ve decided that Jeffy’s paid his dues enough to become a beloved favorite veteran.  He’s no longer ‘Wonderboy’—nay, he’s more Respected Veteran…a respected veteran who we love to cheer for when he wins once or twice a year.”
From constant unsubstantiated claims of cheating to the unfortunately-acronymed “Fans Against Gordon”, the so-called “Rainbow Warrior” has arguably taken more abuse than any driver in Nascar history.  That, however, is officially changing.
“These things go in cycles—from Richard Petty to Darrell Waltrip to Dale Earnhardt to Jeff himself, Nascar Nation has always found a certain driver to hate for ‘winning too much’—and ironically, none of them have really deserved all the anger…well, except for Darrell Waltrip”, the official statement continued.  “Maybe its how Jeff got reamed-out at his divorce settlement, maybe its the fact that he got rid of that rainbow on his car and put on some cool flames, or maybe its just that he’s away from that weirdo Ray Evernham.  Any way you slice we’re ready to accept Jeff Gordon as one of our own.”
Nascar Nation was unspecific when asked who the next target of their hate might be.
“We’re looking around at all the possible drivers to hate for no good reason going forward—Tony Stewart’s an obvious possibility, but don’t count out Kurt Busch”, the statement concluded.  “But whoever we pick, they’ll be the source of ridicule and vitriol for no real concrete reason for the next 8-10 years.


“Heck, it’s a compliment in a way—we don’t just give our hate out to nobody flash-in-the-pans like, say, Jimmie Johnson!”
Posted by Mike Mackler at 4:21 PM

In a landmark combination of sports, racing, and pop-culture, pro-wrestling legend Hulk Hogan will be sponsoring driver Rodney Combs for the 1995 Busch Series season, part of a partnership between WCW and Petty Enterprises. 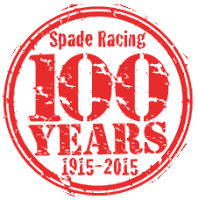 “Well, you know something, brother, Hulkamania doesn’t just run wild in wrestling, dude!”, Hogan yelled at the introductory press conference.  “I been scouting all the drivers for some time now, brother, and Rodney Combs, he’s got the training, the prayers, the vitamins, to run wild all over Nascar, jack!”
The sponsorship will have Combs running a Pontiac Grand Prix in Hogan’s trademark red-and-yellow colors.  The car features “Hulkster” (a common nickname for Hogan) on the hood, with an electric-looking “HOGAN” on the quarter panels.
“Nascar is the biggest racing series in America, and now with The Hulkster and all his Hulkamaniacs on board, brother, Nascar’s gonna be the biggest racing series in the WORLD, brother!”, Hogan continued at maximum volume.  “We’re talking main-event races, t-shirts, diecast cars, movies, heck—we might even try to get Rockin’ Rodney Combs in the ring, brother!”
Combs, a longtime short-track racer in the midwest, demurred and directed all comments to team-owner Richard Petty.
“The whole rasslin’ deal, it’s something we got to put together just before the season started”, Petty explained as Hogan flexed behind him.  “Listen—you get a company like Ted Turner’s rasslin’ organization behind your team, you’re gonna take that deal.”
Hogan then took the microphone from Richard Petty to criticize The King’s son for erroneously calling Hogan a “WWF” wrestler during Daytona coverage.
“Kyle’s gotta stop living in the past, dude”, Hogan explained while preparing to tear off his shirt.  “Because WHATCHA GONNA DOOO, when HULKAMANIA RACES WILD ON YOUUUUUU!?!”


Hogan then tore off his shirt, walked backstage, and remarked how happy he was that the sport of stock car racing is overwhelmingly white.

The hottest driver on the Nascar Winston Cup circuit this year has been Bill Elliott, winner of three “crown jewel” races for the so-called “Winston Million”.  Elliott, when reached for comment at the post-season awards banquet, summed-up his season as “Awesome”.

“Awesome”, Elliott added.  “Awesome, awesome…awesome.”
Elliott won a total of 11 points races, including the season-opening Daytona 500.  However, his most-thrilling victory was coming back from falling two-laps down to win the spring race at Talladega.
“Awesome”, Elliott said about his amazing run at Talladega.  “Awesome.  Awesome! Awesome?  Awesome.”
The season was not without hardships for Elliott’s family-run team, however, as numerous mechanical issues wound up costing him the championship to Darrell “Jaws” Waltrip.  However, Elliott remained upbeat reflecting on what his team was able to accomplish.
“Awesome awesome awesome.  AWESOME.”, Elliott said surrounded by his family and team-owner Harry Melling.  “Awesome, awesome.”
Elliott also added that he will not let success go to his head, staying the same country boy he’s always been, hungry to win.


“Awesome.  The chance to compete at the highest level of stock car racing, it’s really something, and I think we’ll have something for the Chevy boys next year.  Er, I mean, awesome.”

—Talk about a dichotomy—last week the quiet, reserved veteran David Pearson won at Dover, and the week before that Darrell Waltrip won his first Cup race at Nashville.  Darrell’s such a talkative guy, always joking around—I bet we NEVER get tired of him!

—Most real matadors try to avoid the bull.  The Penske AMC Matador tries to avoid aerodynamics.

—Things are going pretty groovy so far with the new points system.  Finally every race is worth the same number of points, it’s easy to figure out, and there’s a fine balance between wins and consistency—let’s hope they never have to screw with the points system again.

—Yeah, James Hylton is running great this year, but he’s really a flash-in-the-pan to me.  I bet he’s not racing in a few years.

—Now Walter Ballard, THERE’S a name you’ll be hearing for years to come.

—Sometimes I wonder if Richard Childress wouldn’t be better-served as an owner, not an independent owner-driver.  But who would drive the 3 car?

—Oh, and by the way, Ralph Earnhardt’s kid is making his debut this weekend.

Nascar will be without its defending champion this year, as Richard “The Randleman Rocket” Petty has joined in Plymouth’s boycott of Nascar for outlawing the dominant Hemi engine, saying that excitement has no place in the sport of stock car racing.

“When they came to us with that Hemi deal, we knew we was leaving”, Petty told a group of sportswriters from his family garage.  “We talked to the NHRA guys, and they were happy to let us do our deal over there, because they know that fans want to see a dominating deal, not a close finish.”
Due to sporadic interest by the greater sporting public, Nascar has moved to tighten regulations on what types of engines drivers can run, in the name of competitive parity.  While many have supported the move, those with Chrysler have vehemently disagreed.
“You can’t just take away the Hemi engine—that’s what fans want to see!”, said Plymouth marketing director Tom Reeves.  “What’s more exciting than seeing a car lap the field plenty of times, knowing that the only way anyone else has a shot to win is if the leader blows an engine or crashes?  People don’t want to see passing, they want to see lapping!”
Petty will spend the 1965 season running his Plymouth in NHRA drag racing events, although he won’t rule out a possible return to Nascar in the future.
“Listen—if Nascar decides they want to talk to us about that rules deal, we’re happy to sit down with ‘em”, Petty explained.  “But at Petty Enterprises, we work to dominate our competition, not run in a pack.  If one or two people want to see a passin’ deal, let ‘em go watch a demolition derby.”
Petty, however, said that he would only return to stock car racing if Nascar would re-allow the Hemi engine.