The Sprint to Replace Sprint


As you've most-likely heard, Sprint is doing to Nascar what it does to a majority of its calls in rural areas:  Dropping it.  While they'll hang around until 2015, speculation has already begun about who will replace them as the title sponsor of Nascar's premiere Cup Series sponsor.  Here's a few rumored possibilities:

Wal-Mart--the "white whale" of sponsorship is still out there, though it doesn't make much sense from Wal-Mart's point-of-view:  I mean really, how many people in the country are unaware of Wal-Mart?  Five?

T-Mobile--With Verizon already sponsoring the USAC Championship Trail--er, I mean, IndyCar--and AT&T likely still annoyed over how they were jettisoned from the sport years ago, T-Mobile is the only remaining major wireless company that could step-in and supplant Sprint.  There is one possible issue, though--with T-Mobile's main marketing color being bright pink, how will sponsors pay lip service to breast cancer "awareness" one month each year?

Blue Sky Studios--Since NBC chose to utilize its "activation costs" to sponsor the former Nationwide Series, Fox could do the same via its animation studio.  Could be worse--we COULD have Fox christen the Princess Productions Cup Series.

Dixie Products--See?  Because Dixie makes cups!  It would be the Dixie Cup!  Get it?  It's going to be mentioned as a joke in every story about this over the next two years!!!

As I stated earlier, my favorite driver Marcos Ambrose is no longer racing in Cup.  Now, through running this site, I don't really have as much of a "rooting interest" as I had before, but its still fun to have someone to cheer for.
So who did I pick?
Well, because I'm intensely negative and quite pessimistic, I think it would make more sense to see who I WOULDN'T pick.  Here's that list, and a stupid reason why for each of them:

Now, I don't want to be known as a frontrunner, so that knocks out all the recent champions--Kevin Harvick, Brad Keselowski, Jimmie Johnson, and Tony Stewart.

I also would prefer to root for a driver who's closer to the start of their career than the end, so that eliminates Jeff Gordon, Dale Earnhardt Jr., Greg Biffle and Matt Kenseth.

I don't want to root for someone for the second time, so that nixes my favorite driver of the early part of this millennium, Ryan Newman.

I also would rather watch a Champ Car race from the late-90's than say that I'm supporting Michael Waltrip, so so-long to Clint Bowyer and Brian Vickers.

Legacy kids irritate me, so that means no chance for a slew of drivers: Casey Mears,  Austin Dillon, Paul Menard--well, pretty much anybody associated with RCR.

Though I'm not a front-runner, I would prefer someone who has a chance to run up front more than once or twice a year.  That knocks-out Martin Truex Jr., Sam Hornish Jr., AJ Allmendinger, Trevor Bayne, Ricky Stenhouse Jr., Danica Patrick, and everybody who gets wrecked by Danica Patrick (Front Row Motorsports, TBR, BK Racing, etc.)

By my calculations that leaves only two drivers--who, oddly enough, are teammates:  Jamie McMurray and Kyle Larson.  Both of them seem like real professionals and jam-up guys--how should I break the tie?

Well, the only way I know how to make ANY decision--who has less hair-gel on a regular basis?

Ladies and Gentlemen, I give you my NEW favorite driver for 2015:  KYLE LARSON!!! 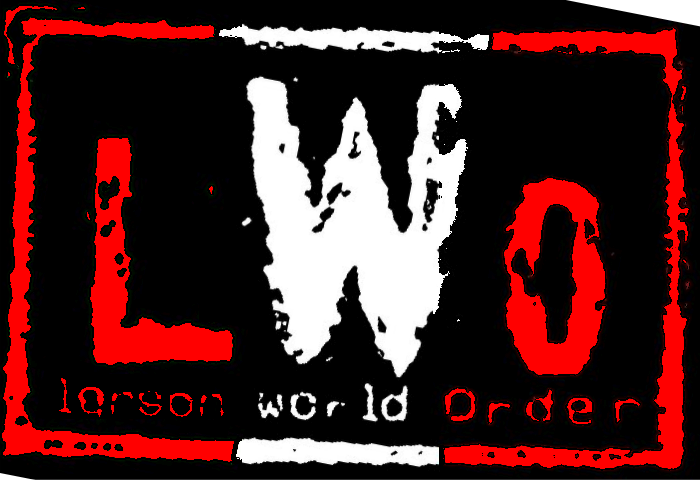 Thanks to the invention of graphical wraps for stock cars, special paint schemes aren't so special anymore.  Instead of freaking out about Burger King replacing Mom N' Pops on Dale Earnhardt Sr.'s lower quarter-panel, anybody can be a sponsor for a single race.  On the plus side, it makes it easier to promote a company.  On the negative side, it means we fans have to listen to announcers whine about how hard it is to follow the cars.

But who's the most prolific at putting different sponsors on their cars?

That's where I come in.  Using the indispensable Jayski Paint Schemes page, I went through to count the number of different sponsors on each car's hoods.  The team with the most will then become the Third Annual Hoodie Award Winner.

Just a few ground rules:
--Sponsors owned by the same company (like Stanley & DeWalt, or Kingsford & Clorox) count as separate sponsors.  But if its the same company with a different product (like 3M & 3M Filtrete), that counts as the same sponsor.
--Slight variations on a primary sponsor don't count--there has to be a change to the paint scheme noticeable to someone besides a die-cast geek.
--"Sponsorship partners", where a product sold by the sponsor is put on the hood, don't count either, since the company is a partner, not a sponsor.  Sorry, Paul Menard fans.
--Team owners who put their own company on the hood also don't count--so Medallion Financial (owned by RPM honcho Andrew Murstein) and Taco Bell (franchised by Front Row owner Bob Jenkins) don't count.  Nor do charities (exception: DTEF) or obvious placeholders like Ford Ecoboost.  Same goes for blank hoods (aka the Michael McDowell Special).
--Modern iterations of the "Special Paint Scheme" don't count either--so movie cars, tv show cars, etc. aren't counted towards the final total, unless they are the legitimate sponsor of the car for that race.

Listed in order from least sponsors to most

42 Kyle Larson 1 (Target)  Every non-bullseye logo on the hood was a sponsorship partner of Target.  Expect more, pay less, get exposure.

48 Jimmie Johnson 1 (Lowe's)  Steady, consistent, and dull--this describes both the paint schemes AND the driver.

31 Ryan Newman 3 (Caterpillar, QuickenLoans, Kwikset)  Ryan would've needed a Kwikset lock to keep Brian France from killing him if he'd won the championship with no wins.

38 David Gilliland 4 (Love's Travel Stops, MDS, Pete Store, CleanHarbors)  In THIS David's case, he won once, but Goliath's been kicking tail every since.

2 Brad Keselowski 5 (Miller Lite, Redd's, Detroit Genuine, Wurth, Alliance)  Penske went old-school this past year, echoing the past with a retro Miller Lite scheme and recalling a time when something from Detroit was desirable.

7 Michael Annett 5 (Pilot/Flying J, Cypress HQ, Allstate Peterbilt, Golden Corral, Accell Construction)  …and the mystery of why Pilot has stuck by Michael Annett for what seems like a decade rages on.

23 Alex Bowman 5 (Dr. Pepper, Dip Your Car, Dustless Blasting, Borla Exhaust, Dumb & Dumber To)  From what I heard, the performance of this car was a pretty good allegory to the quality of Dumb & Dumber To.

18 Kyle Busch 6 (M&M's, Interstate Batteries, Banfield Pet Hospitals, Snickers, Skittles, Doublemint)  Every one of these brands besides Interstate is owned by Mars Inc.--and yes, it IS creepy that a food company owns a pet hospital chain.

A Salute to My Favorite Driver, Marcos Ambrose

The Ford EcoBoost 400 marked the final race of the 2014 season, the final race (for the near future) on ESPN, and the final race for Marcos Ambrose.  Marcos has returned to his native Australia next year to run V-8 Supercars for Roger Penske.

I've followed Nascar off-and-on (more "on" than "off") since 1993, and in that time I've had three favorite drivers: Kyle Petty, Ryan Newman, and Marcos Ambrose.  Kyle was an easy, if misguided choice--he won the first race I ever saw in person…which turned out to be the LAST race he ever won.  Ryan Newman was more along the lines of "Huh--this guy looks like he's gonna win some races".
Marcos, however, was (at least to me) a more personal choice.  I met him when he was starting out in the Truck Series, running the old yellow-and-green Team Australia truck part-time.  He was incredibly nice, very professional, and gracious.  But what was more, he was an OUTSIDER.

Despite what old-school fans might make you believe, there are few true "Outsiders" in Nascar.  Just think about it--when Jeff Gordon entered the sport, he was treated more-or-less like a hostile invading nation, just because he was from California by way of Indiana.  Marcos was a true outsider--he wasn't from the USA (much less the South) and came up a completely different way than anyone else in the sport.  As someone who doesn't fit the mold of the typical Nascar fan, it was easy to see why he'd become my favorite driver.
When Marcos went full-time to RPM--a team, if you'll remember, that was essentially left for dead the year before--I picked him up as my official favorite driver.  Not to go all "failed journalist" on you, but obviously I wasn't as intense about my fandom as I could've been, or this website would be nothing more than a fanboy's rants.  But it was great seeing such a unique outsider, working together with a group of investors lead by my first favorite driver's father, rebuilding a team from near-bankruptcy to a race-winning outfit.
Marcos accomplished a lot in his (comparatively) short Nascar stay.  He won a pair of races at Watkins Glen and was a dark-horse threat for the top-10 in points each year.  Obviously, there's a lot he didn't accomplish--other than a brief surge with Todd Parrott as his crew chief, he never was a real threat to win on an oval, and unfortunately the two most-memorable moments of his to casual fans were likely punching Casey Mears and stalling out at Sears Point.
Even with an uneven four years in Cup with RPM, however, I can honestly say that I'm happy that I picked such a professional, hard-charging driver as my "favorite".  And while I'll have a new favorite next year, just like before, it'll never be the same.